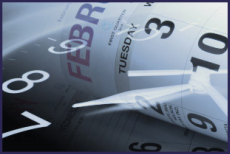 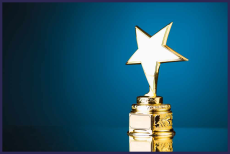 In the beginning the company has had its main office in Ruda Śląska. We were providing repair services of flameproof and non-flameproof electric motors for the mines belonging to the former Rudzka Spółka Węglowa.

In 1992 we have opened a new plant in Siemianowice Śląskie; it was based on the former Repair Shop at Siemianowice Hard Coal Mine and we employed many specialists from the liquidated mine. All the buildings have been thoroughly modernized and adapted to technological needs in terms of repairs of electrical equipment - according to the guidelines from the State Mining Authority. We also bought new machines and measuring apparatus. In the same year the first audit was conducted by GIG Experimental Mine "Barbara", resulting in positive opinion concerning the technical conditions of overhauls and repairs of flameproof electrical equipment intended for use in mines exposed to the risk of methane explosion.

In 1993, as a result of several audits, we have received the Authorization of M.E. CELMA S.A. to repair electric machines.

In 1997 our company was subjected to visual inspection by the specialists from "Barbara" Experimental Mine and we were granted a positive Approval assessment of the technical equipment in our Company.

Having in mind the professionalism and quality of our services, in the year 2004 we have implemented the Quality Management System acc. to ISO 9001:2000 for repairs, overhauls and inspections of electrical machines - the certificate was issued by Bureau Veritas.

Following an inspection of our company in 2006 by the Notified Body Physical Technical Testing Institute Ostrava-Radvanice we have received the Assessment of Capability to Repair in accordance with the European standard PN-EN 60079-19.

In January 2009 Electric Machinery Repair Company Elektrocarb was transformed into a Polish limited liability company registered in the District Court in Katowice.

In the year 2013 we have manufactured a 100/200kW motor designed for cutting heads of roadheaders operated in mines with the risk of methane explosion as well as 90 kW and 110kW motors for hydraulic systems of these roadheaders.

From the year 2014 the name and the logo of Electrocarb is a trademark registered in the Patent Office.

Electrocarb is a quality built over the years

WE SUPPORT SPORT
We are sponsor MKS Pogoń Ruda Śląska